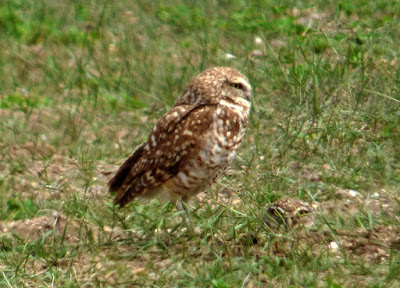 Although widespread and numerous, their numbers are declining. They are considered rare in some western states and Canada. These birds are strongly dependent upon prairie dog town burrows.

This is the story: It is estimated that there were 1 billion prairie dogs in North America before European settlement. As a result of widespread deliberate poisoning, conversion of prairie to cropland, and the introduction of sylvatic plague, the acreage and population of prairie dogs saw a 90-98% decline from the year 1900. This eradication has had unintended and unforeseen consequences. The landscape features created by prairie dogs support a host of other species, including the Burrowing Owl. A quote from Miller, 2000:

In so doing, the prairie dog is considered a keystone species. Quoting from Miller again, a keystone species "must exert an effect, the effect must be larger than predicted by their abundance, and the effects should be unique." In other words, they have an outsized influence on the species around them and an exceptional number of those species rely upon them. 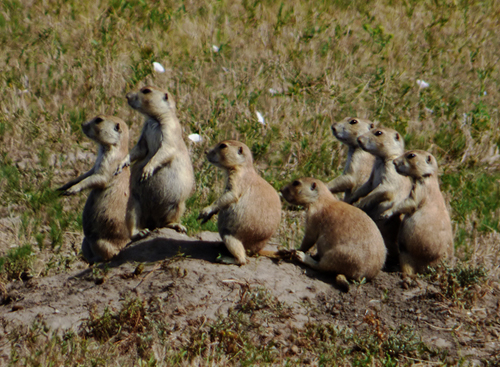 The unintended and unforeseen consequence: As prairie dogs declined, so did many of those 146 species around them. The most notable example of this was the black-footed ferret, which dines almost exclusively on prairie dogs. As prairie dogs were eradicated, the ferret followed, nearly to extinction. By 1981, only one small colony in Wyoming remained, and in 1985, it barely survived an outbreak of canine distemper, another introduced disease. Today, there are about 300 of them at captive-breeding facilities and they have been introduced into the wild at 28 locations to date. Four locations have self-sustaining populations. It is estimated that there are hundreds of ferrets in the wild today. Distemper, plague, and inbreeding threaten to usher them out of existence and into museum displays.

At one time there were tens of thousands.